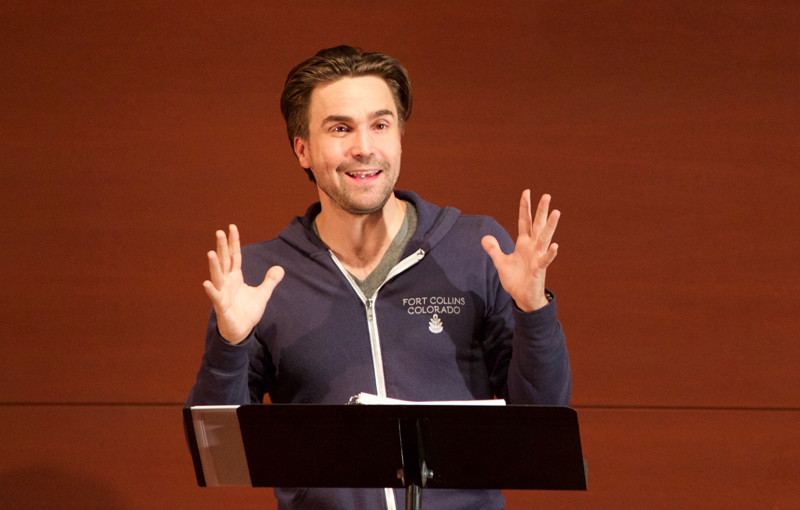 Welcome to our fifth season!

Play-by-Play is Pioneer Theatre Company’s new play reading series. The series provides developmental rehearsal periods for three new plays each season. The playwright works alongside a professional director and cast for a week-long residency, culminating in three public readings of each play available to theatregoers at a very modest cost.

The program launched in 2014, and has become increasingly more popular. Two plays from Play-by-Play readings have reached (or will reach) our Main Stage: Alabama Story in 2015 and “i” in 2018. The Ice Front, by local playwright Eric Samuelsen, enjoys its World Premiere at Plan-B Theatre in November.

All readings will be held in the Dumke Auditorium, located in the Utah Museum of Fine Arts (UMFA) on the University of Utah campus. The Museum is located in the Marcia and John Price Museum Building at 410 Campus Center Drive, between Rice-Eccles Stadium and the Jon M. Huntsman Center.

Free parking for Play-by-Play is available in the Central Parking Garage, just east of UMFA.

Together, we will bring Utah to the forefront of play development and continue to develop exciting new works on our stage. It’s friends like you who make great theatre in Utah possible.

We accept submissions for Play-By-Play either by agent or with a letter of recommendation. Submissions accepted year-round. Response time six months.