Home Blog An (ac)Count for History 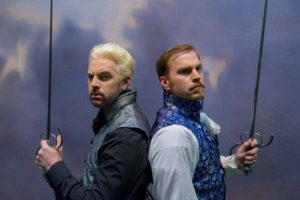 There’s no doubt. Salt Lake City is becoming a big balla’ player in this nation – world-class ski resorts, a MLS soccer team, a billion dollar downtown shopping mall, ranked in the top 20 for best public transportation systems, and as “The Count of Monte Cristo” ensemble member CHRISTOPHER RAMIREZ tells me, now a “breeding ground” for Broadway.

I had the lucky opportunity to be a part of the celebrations on Friday, May 6, 2016 as the Pioneer Theatre Company presented the American Professional Premiere of “The Count of Monte Cristo,” a new musical from acclaimed composer FRANK WILDHORN and long-time collaborator JACK MURPHY. Spirits and cheer were high at Valter’s Osteria, where Zions Bank graciously sponsored the production to an incredible opening night dinner. You knew how special it was when SCOTT ANDERSON, President and CEO of Zions Bank, greeted each guest at the door starting at approximately 11 o’clock that night. Then, as Wildhorn and Murphy entered the doors, the cast and crew flocked to their presence as surely, you could tell, Broadway royalty had entered the room. 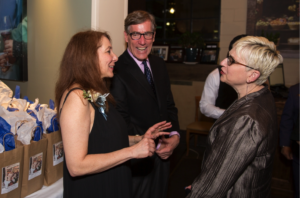 This closing musical to the 2015-2016 Pioneer Theatre Company season is no doubt a special one. I sat next to a wonderfully talented group of individuals that mesmerized my every moment of being there. Speaking to my neighbors, I gathered a few interesting tidbits and observations: 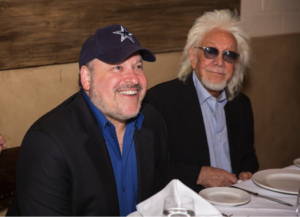 Selfies all around, smiles from cheek to cheek, and a flood of servers in their black and whites – I couldn’t believe I was a part of this event.

“The Count of Monte Cristo” plays at the Pioneer Theatre Company until May 21, 2016. Don’t miss your chance to be a part of theatrical history. Get your tickets now!

Lansia is a semi-pro social media artist – having blogged professionally and casually. An art major herself, Lansia loves to support and participate in the creative community: theatre, film, music, photography, writing, and the performing arts just to name a few off the tip of the tongue. In addition to her writing, she loves to cook, eat, travel, play, adventure and rock the headphones. Read her personal (most likely not-up-to-date) blog at http://daphnelcc.wordpress.com.