[On March 25, 2016 we held the cast party for Cowgirls, at Mountain West Hard Cider, and our blogger, Lansia Wann spent some time with the cast…]

Country or classical? This was never the segregating social factor when I was growing up in California. It was more between pop, rap, alternative, and other “cooler” genres of music. But, I (maybe not so) secretly loved country and even a bit of classical music. Well, actually, I still do. I blame many years of Suzuki violin, geeking out with my fellow band nerds, and a need to just have to belt out a bit of twang during those emotionally distressing periods of life… Oh boy, please don’t judge. 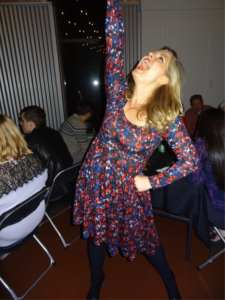 Well, anyway, if you’ve never heard of “Cowgirls,” there’s a bit of a battle between a trio of classically trained musicians and a trio of tough life-worn cowgirls that takes place on stage. With only six cast members, was it a battle in the dressing rooms for classical or country I wonder? Can you guess? I took to the Opening Night Party at Utah’s first urban cidery, Mountain West Hard Cider, to find out. As each gal gave me her best “yee-haw,” and with Ruby and 7-Mile flowing at the bar, I found this a great time to ask each of them the big question of the night. Here are their responses…


Ashlie: “I am 100 percent country. I grew up on a farm in Alabama so I had goats, and raccoons, and rabbits growing up… Country all the way! My cowboy boots are in the trunk.”

Although she classed it up a bit at the party, Ashlie loves boots. During a publicity shoot, Ashlie and the gals were asked to bring some of their own cowboy get-ups. Ashlie brought four different boots. Although the publicists were impressed, they told her, we only need one. 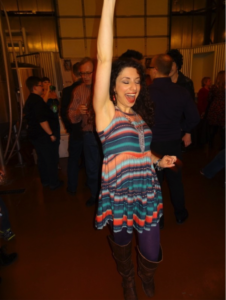 Lindsay: “I’m a pretty good balance of both, I think. I’m legitimately a classically trained pianist, but somewhere in college, I got into country. So, that’s my jam now. One of my best friends is a country artist, and I love that scene… So, country!”

Lindsay tells me she’s kind of a chameleon. Why? Well, when she told me that country girls are sort of bad-asses, I asked her about the gothic hard-rockers. And, she’s admits to being sort of goth too. 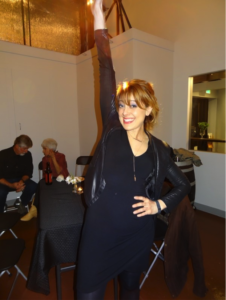 Karis: “Oh, country! Well, I have a classical music degree which is hilarious, but I’m from Texas and I love country music. Country is probably one of my favorite kinds of music. I love Brandi Carlile, Gillian Welch… ”

So, side-note… If y’all are wondering… Karis has a degree in opera. Yeah, what? Blindsides you, eh? The talent hidden within all these gals is incredible, I tell ya. 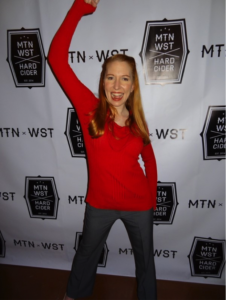 Jessica: “I’m actually more country. I think it’s just more the music that I grew up with… I feel like country is more free and open and relaxed. I sort of relate to that more.” 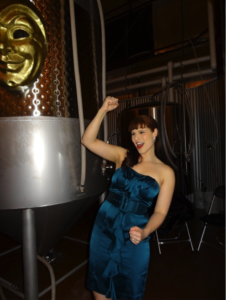 Angela: “I’m very classical. We listen to country music in the dressing room as we’re getting ready. I mean, it’s very in-character to be listening to country music. But, don’t tell any of the girls this… I listen to only classical music every moment up until I get to the theatre! It’s actually what I’ve been listening to the longest in my life… Going to elementary school in the mornings as my mom would drive me, we’d be listening to the classical station. It’s been a part of my family since I’ve been growing up.”

Any guesses on what Angela’s dad does? He’s an instrumental music teacher! He even posted to her on the PTC Facebook page, “I’m glad to see all those violin lessons finally paying off.” Oh, and I hope the other girls didn’t read the above statement… I guess I never did promise not to tell, eh? Let’s move on… maybe… 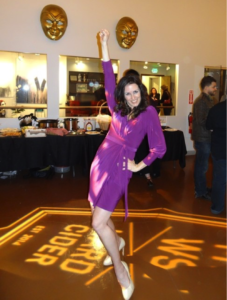 Leenya: “Ooh, well… both. I had a kind of an awesome, quirky, crazy family. I started Suzuki violin lessons since I was four years old because of my grandparents, and also because my mother came to practice with me almost every day… And then, I would also sing in choir all through junior high, high school… But, my dad played folk music around the campfire all the time, so he’d be like, ‘here’s a guitar, here’s a mandolin, here’s a couple chords…’ So, I sort of grew up with both styles.”

Despite the perfectionist that represents Leenya’s classical nerdiness and the storytelling that rings true to her heart with country, Mumford and Sons is the group that Leenya tells me most personifies her now. Did you know Leenya used to play in a couple Irish bands? They were called Gael Force and Finn’s Fury. 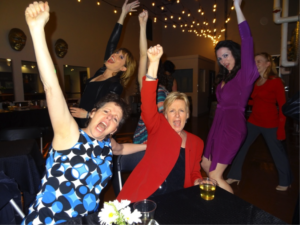 Mary Murfitt: “I started out classical. I was six years old and learned to play the violin. I learned by rope, pretty much… And then I learned to sing, and then I learned to play the guitar, and then, you know… I kept taking up more and more instruments. And I became a theatre major. So, eventually, all those things came together. But, I grew up in the middle of Kansas in a town where there is a liberal arts college but all around us was country, Kansas, farmers, trucks…”

Mary Ehlinger: “I’m pretty much classical, because that’s how I started out is classical. But the thing is, I’m not even really classical or country, I’m a honky-tonk girl. I’m in the middle of both.”

So, check this. Mary has her masters in piano performance. However, when she wanted to move on to her doctorate, she was advised to move on and get out in the real world! Mary tells me, “even they knew that I wasn’t disciplined enough for classical, but I’m disciplined for goofy!” “I’m a free spirit!”

Thanks, ladies, for the great time!

Lansia is a semi-pro social media artist – having blogged professionally and casually. An art major herself, Lansia loves to support and participate in the creative community: theatre, film, music, photography, writing, and the performing arts just to name a few off the tip of the tongue. In addition to her writing, she loves to cook, eat, travel, play, adventure and rock the headphones. Read her personal (most likely not-up-to-date) blog at http://daphnelcc.wordpress.com.