Now, I don’t often get very political. However, in what I feel may be a very tumultuous time of divide in our country, I find television, film, music, theatre, and all other sorts of creative outlets a personal comfort. August Wilson was a playwright who sought to put African-American experiences in the limelight of the world. Reading about him and the power that flows behind the origin of Fences brings me a sense of calm in possibly the most uncanny but tranquil manner. I suppose what I’m trying to say is that I found Fences hugely powerful in retrospect – likely a sense of what August Wilson tried to impress upon his audiences.

Nonetheless, I don’t want to incite a political storm and would rather keep it light. So, I divulge a series of cast anecdotes upon you but not before sharing the evolution of this particular blog…

In Fences, a father keeps his son from his dreams of playing football. It’s a largely relatable instance that almost any son or daughter may find reflective of his or her own life. I know I have a few stories here… but what about the cast? Read on to find out as I spoke with the cast during opening night! 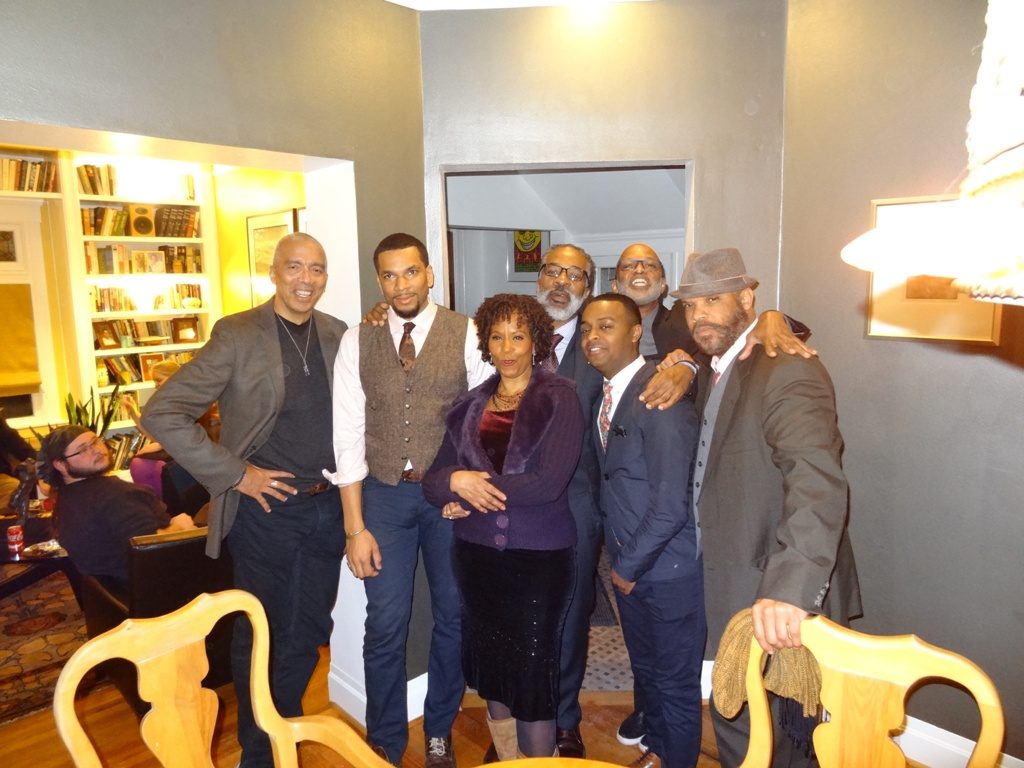 Jimmie “J.J.” Jeter (Cory): “I wanted to try football for a longer time, and it just wasn’t working…. my dad was like, ‘look man, just go be on the stage, go sing…be one of those drama nerds…” J.J. tried to convince his dad he was cooler than a drama geek but look how it all turned out! A recent graduate of Julliard, J.J. will also be featured in a Sundance Film Festival short in 2017.

Michael Anthony Williams (Troy): “Actually, I was a very, very good basketball player and my parents would not allow me to go to college on an athletic scholarship because they did not believe that the universities would support you if you got hurt. They were very, very old school southern black parents.” Michael even had friends who went on to play sports in college that later on played professionally. Crazy, eh? Then again, if he went on to play basketball, we wouldn’t have met him here… Hm…

Jeorge Bennett Watson (Bono): “At first, when I said I wanted to be an actor, [my mother] thought it would be difficult to do. She suggested I get a job with UPS or the Postal Service because I dropped out of college. But I stuck with it… And before she passed away, she was very proud of me…” Actually, Jeorge’s mother wanted him to join the choir and be a singer! That’s not too far-fetched from reality…

Biko Eisen-Martin (Lyons): “My mom was very supportive… It was her suggestion [for me to be an actor]. I was teaching and getting tired of the monotony of the nine to five.” Let’s just face it. Biko just grew up pretty darn lucky. 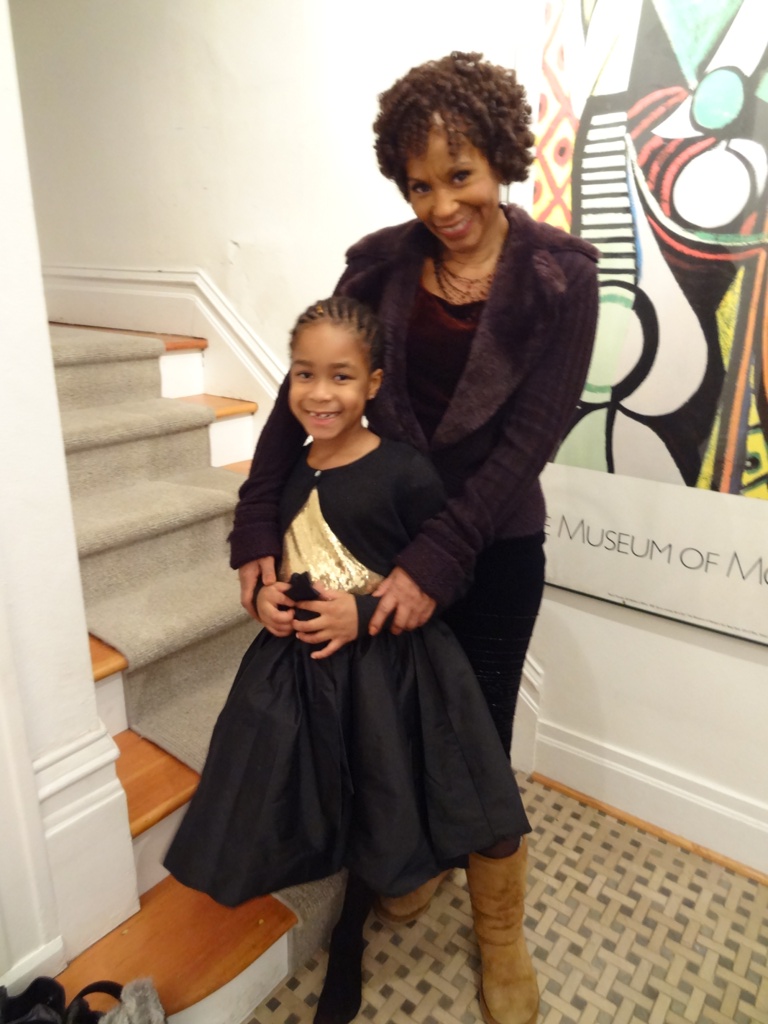 Meg Hoglund (Raynell): “I wanted to have screen time but [my mom] wouldn’t let me so… I was like, please, come on, I’ll do anything! And then she said, ‘Go to your room, you’re in time out.’” Don’t worry though, Meg got a bit of screen time that night. Success! She told me she wanted to watch Seven Bride for Seven Brothers.

Gayle Samuels (Rose): “Well, [acting] was not what my parents wanted me to do, especially my dad. I went to an Ivy League school and I was also a banker when I graduated. He thought that I would stay along that track – he was an IBM executive. For the first year I tried, the nine to five, the banking, and I was just unhappy. So, I stepped out on the limb and I played hooky from my job one day, and I went to an audition unbeknownst to my dad, got the job, and never looked back… I kept meeting people who kept encouraging me to audition for shows. But, it wasn’t really until I got on Broadway that he rallied around me and now he speaks very highly of me to his other IBM executives.” I did find out that Gayle’s dad is a musician and her mom is an artist. So, really, her parents had no one else to blame but themselves for those creative juices flowing through her veins.

Timothy Douglas (director): “They didn’t want me to do theatre. They didn’t believe there was a possibility of making a living out of it… So I secretly majored in theatre in college. It was very clear that they just didn’t approve and by the time they were able to form an opinion, I was making my way. They didn’t have to worry about me.” Timothy’s parents have grown proud of him, but because he’s a successful freelance director who isn’t attached to any one institution, his parents ironically see it as not being able to hold down a job!

Jefferson A. Russell (Gabriel): “The short answer is no… I have always had the supreme support of my parents in whatever pursuits I’ve had… This sounds silly but I remember in eighth grade, these really cool shoes… they were like duck shoes, waterproof shoes…I really wanted because they were the latest thing, the fashion thing… I told my mother I really needed to get these and she didn’t get them for me…” That was the only time that Jefferson could remember a “no” from his parents.

I can relate. And, I’ll share with everyone as I suppose it’s only fair.

Several years ago, my friend and I decided to take a three month trip to Asia. It was going to be three whole months of international country-hopping and, needless to say, a trip of a lifetime. Well, just before that, I discovered the world of scooters and motorcycles. I had ridden scooters since I was in junior high. My aunt would always let me drive her scooter around town whenever my family visited as they lived in a small town. And it never occurred to me to own one until a co-worker told me that her and her husband bought one. Well, I wanted one. And well, simply put, my parents did not want me to get one.

During high school, enamored by ER (and possibly Noah Wyle), I took an EMT class that gave my parents perhaps a little too much hope. They wanted me to be a doctor. Well, I ended up studying film. And well, my parents had no idea what to think of that career choice.

I could probably go on with several more stories, but I’ll stop there as I have already topped all the cast members with just my two anecdotes of parental no’s!

See Fences before it ends on January 21, 2017 at the Pioneer Theatre Company. It’s one powerful hit. After all, it’s a Pulitzer Prize and Tony Award winner!

Lansia is a semi-pro social media artist – having blogged professionally and casually. An art major herself, Lansia loves to support and participate in the creative community: theatre, film, music, photography, writing, and the performing arts just to name a few off the tip of the tongue. In addition to her writing, she loves to cook, eat, travel, play, adventure and rock the headphones.