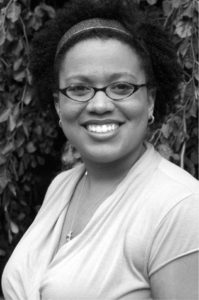 August Wilson used the work he created and his voice in the theatre to speak to Black experiences, and to advocate for talented Black artists by insisting that artists of color were used to create productions of his work. For example, his 1996 speech “The Ground on Which I Stand” was a call to action for African American artists to form their own theatres and begin their own cultural preservation in order to protest a theatre environment that marginalized the contribution of African American artists. This speech led to many conversations (which the American theatre field continues to have) about the casting and hiring of artists of color for shows. Wilson’s position in this speech was two-fold; that he wanted to provide work for African American theatre artists since they are marginalized in American theatre, and that a natural understanding of the culture was a necessity for his plays – something that an artist outside of the race/culture could not completely understand. Wilson’s dedication to placing the stories of African Americans onstage and using them as the artists to tell these stories has helped launch the careers of numerous directors, actors, designers, dramaturgs, etc. of color in the United States.

Fences holds a special place within Wilson’s canon of work. As Wilson describes in an interview with Bonnie Lyons in 1997 (published in 1999 in Contemporary Literature),

In Fences [Whites] see a garbageman, a person they really don’t look at, although they may see a garbageman every day. By looking at Troy’s life, white people find out that the content of this black garbageman’s life is very similar to their own, that he is affected by the same things-love, honor, beauty, betrayal, duty. Recognizing that these things are as much a part of his life as of theirs can be revolutionary and can affect how they think about and deal with black people in their lives (2-3).

At a time when painful divisions between various ethnic and racial communities exist (and there are still issues for artists of color to find their artistic homes in the American theatre scene) –
the illustration of “sameness” as well as the ways that race and ethnicity may cause lives in this country to take very different paths is a story that is as important now as it was when Wilson wrote this play in 1987. Revisiting this story in 2017 will help us remember that love, compassion, equity, diversity, inclusion and accessibility are American values that should always have a place in our society.