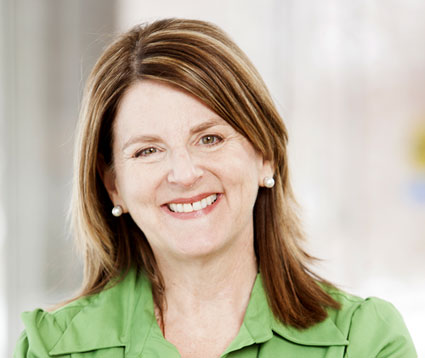 By Wendy Mac Leod, playwright of “Women in Jeopardy!”

Is it possible to write a balls-out comedy about three middle-aged women? When we see a female character in the movies, she is statistically likely to fall between the ages of sixteen and thirty-five and the story is usually a marriage plot—a young woman tries to find and marry the right man.

But what if she doesn’t marry the right man? The three women in Women in Jeopardy! are divorced, with all-but-grown children. When one of them re-enters the dating scene and loses her head over the wrong man, her friends have to step in. It’s not just that the new boyfriend is a weirdo; he may be a serial killer.

I once read that “comedy begins in the kitchen and ends up under the stars.” Our lives are grounded in the mundane—SAT scores and Fun Runs, Bundt pans and book clubs—until suddenly they’re not. In Women in Jeopardy!, the three women begin in the kitchen but then embark on an adventure that leads them into the remote, starlit canyons of Utah. They pack their granola bars, put on their hiking shoes and set out to save their friend.

Some critics think that horror movies are a metaphor for adolescence—with its blood, hair, and testosterone. But I wonder if the vocabulary of horror movies isn’t more about aging. We look down at our veined or spotted hands and scream: “What’s happening to us?!” So the collision between madcap comedy and grisly murder mystery is perhaps not accidental. As the play poured out, I realized it was a mash-up of a Lifetime “women in jeopardy” movie and a libidinous Restoration Comedy, with a dash of Thelma and Louise.

The crime that inspired the play took place in the tiny Ohio college town where I live, and the village residents seemed to take perverse pleasure in how and when they might have crossed paths with the perpetrator. I wrote the play when I was in residence at the Arden Theater in Philadelphia, but I had recently spent time in rehearsal for Find and Sign at PTC. I have to know the place where I set my plays, and see it in my head, and Salt Lake offered the opportunity for cozy domesticity, unfounded Mormon rumors and wilderness adventure. And the play has introduced audiences to Salt Lake’s unique and initially incomprehensible street address system.