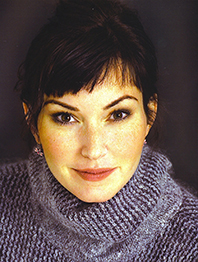 Everyone on the autism spectrum is different. Because, you know, we’re people.

In his blogpost titled “asperger’s and autism,” author Mark Haddon resists those very labels for his protagonist in Curious Incident, writing, “it’s a novel whose central character describes himself as ‘a mathematician with some behavioural difficulties.’” Beyond reading “An Anthropologist on Mars”—Oliver Sack’s New Yorker essay on Temple Grandin—and a handful of other articles, Haddon eschewed further research, arguing for the connective power of the imagination.

But labels or no labels, the protagonist in Curious Incident—Christopher — has a unique way of perceiving and engaging with the world around him, and this stirs up inevitable resonances with autism and Asperger syndrome. Often referred to as a hidden disability, autism is actually quite common. According to the National Autistic Society statistics, about one in 100 people have the condition. Autism is a lifelong developmental disability that impacts how those with the condition see the world and communicate with others. Asperger syndrome is generally associated with the “higher-functioning” end of the autism spectrum and those with Asperger’s often have average or above-average intelligence and exhibit striking talents and abilities.

A common trait of autism includes difficulty in recognizing and responding to social cues and expectations—the “hidden curriculum” of social interactions. The clues afforded by body language, facial expressions, and tone of voice often don’t translate, and since language is often taken literally, abstract concepts, including sarcasm, jokes, and idioms can also prove confounding to people with autism. Those on the spectrum often experience an acute sensitivity to sensory stimulus without the necessary filters to protect them from the bombardment of information. The overstimulation can lead to challenging behaviors and meltdowns as those on the spectrum seek relief from the anxiety triggered by sensory overload. Repetitive behaviors, routines, and special interests are some of the ways that autistic people mitigate that anxiety. While there is no cure for autism, traits are not fixed, and interventions allow those with autism to learn and develop social understanding. “Although people with Asperger profiles may share a common cluster of traits, each person is unique, and his or her life course is highly variable” (Asperger/Autism Network).

Curious Incident playwright Simon Stephens, and novelist Mark Haddon, challenge our impulse to label and tempt us to greater curiosity, attention, and understanding instead. Haddon writes, “if anything it’s a novel about difference, about being an outsider, about seeing the world in a surprising and revealing way. it’s as much a novel about us as it is about christopher” [sic].