If you haven’t heard of “The Curious Incident of the Dog in the Night-Time,” allow me to give you a bit of insight. In other words, allow me to stand on my soapbox for a minute to shout out a few of its accolades…

“Okay, okay, but what is it about,” you may ask… Well, the play follows Christopher Boone, an above-average intelligent teenager on the autism spectrum who decides to solve the mystery behind the death of his neighbor’s dog. However, the play isn’t at all about autism or having autism. In fact, it’s more general. Sam Bruce, who plays Voice Five, tells me, that the author never really wrote a story about autism. Rather, “it’s a play about accepting differences.” “It wasn’t about autism, it was about being different and accepting differences and I think it’s really powerful – that we can all relate to it.”

Author Mark Haddon mentioned once in an interview with NPR that he was very careful not to use the word autism “because I don’t want [Christopher] to be labeled, and because, as with most people who have a disability, I don’t think it’s necessarily the most important thing about him.” Director Karen Azenberg mentions in her notes that through her research for the play and in autism, she found one much repeated phrase…

Michael Keyloun, Voice Two, tells me, “The circumstance of this play is about one child on the autism spectrum; I don’t think it’s a play about autism.” “I think it’s more universal than that, I think it’s more relatable than that in that it is an awakening, a learning experience, a striving that I think anybody can really relate to on any level no matter how old you are or how with it you are on any given day.” “There are moments in it that resonate with me that have absolutely nothing to do with the fact that Christopher is on the spectrum and I think that’s what makes it a really great play.” 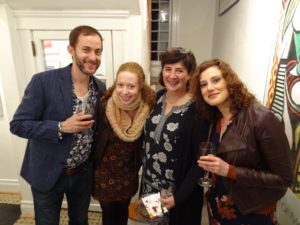 It took a moment for me to realize, but indeed. The play really wasn’t about autism about all. I also felt the resonance that Michael mentions. After I spoke with Sam Bruce especially, as she was the first to mention it, I had a completely new outlook on the matter. It seemed that the author was notorious for not researching too much about those with autism. Rather, he penned a novel that didn’t revolve around this one minor character trait but around how this particular character was treated by his peers, strangers, and his very own parents. 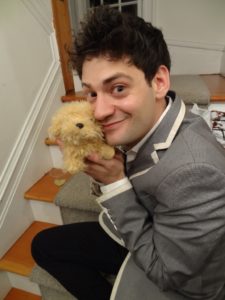 Harrison Bryan who plays Christopher Boone, told me, “What I love about the play is that it embraces Christopher’s world.” It’s about “how his environment and the people around him, his family and strangers, how they react and engage with someone that thinks differently.” “I think the play is actually about how other people treat people and the expectations that we put on people, the limitations we put on them, without giving them the chance to prove that they can move past those limitations.”

And yet, there’s much to be learned to being a part of this production as well. Melissa Miller, Siobhan, tells me it was actually quite difficult to memorize some of the dialogue being that she narrates much of Christopher’s thoughts and that “he had a matter-of-fact way of speaking.” “It was really just so interesting to take Christopher on as his teacher [in the play] and also as the narrator – being those different things for him.” 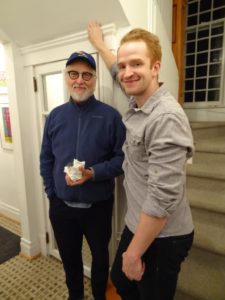 John Ford-Dunker, Voice Three, remembers someone advising him, “You have to know when you are a note in the music rather than in the

solo line.” “You can’t really have one without the other.” “And in the reverse, Michael Rudko, Voice Four, adds that “it’s also good to act on your impulse.” 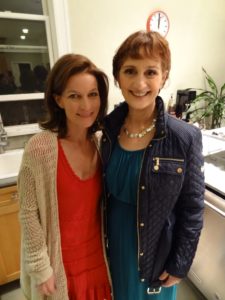 Tia Speros, Voice Six, compares herself and her colleagues as observers.”We are part of, maybe the consciousness of Christopher… Listening, observing, and learning from each other.” Fellow actress Stephanie Howell, Judy Boone, agrees with her and expands that acting “gives you a freedom to explore and break out in the ways that you are different and find out what it’s like to be different in another way.”

Then, there are those notes for real life application. Sarah Shippobotham, Voice One, says, “What I love about [the play] is seeing parents doing their best.” “It would be so easy to vilify the parents [in this play] because they aren’t perfect.” But, “even parents who have failed still have the opportunity to do better,” adds Michael Keyloun.

Watch Christopher’s world unfold before your eyes and perhaps discover a few life lessons of your own at Pioneer Theatre Company. The Curious Incident of the Dog in the Night-Time runs until September 30, 2017. Buy tickets here! Then after watching the show, let me know your guess as to which actor is the only real Brit! Yep, I was also surprised to learn that there was only one person with a real accent.