Is it a play? Is it a musical? I had no idea. I even googled it and still couldn’t find a definitive answer. The closest I found to an answer was an old New York Times review where the only words that registered in my head were, “The first is a comedy; the second is a musical.” Oh, well, that made sense, I suppose, since I did read in other articles that A Comedy of Tenors is a sequel to Ken Ludwig’s Lend Me a Tenor. But when I went back to find that article for a hyperlink, I realized it was reviewing two separate things. Trick-sy.

However, if you are still confused (as I was), I can now tell you whether or not A Comedy of Tenors is a play or a musical after seeing it last Friday. It is, well, definitively. . . a comedy! It is a comedic play (of tenors), with operatic musical scenes. Perhaps it is a play playing doppelgänger to an opera about a doppelgänger of a tenor. . . Got it now?

As you may read in the director’s note of the playbill (when you, of course, see this play), Wes Grantom finds comedy a relief in times like these. “There is flooding, violence, and political strife gripping the country,” he says. Everywhere I turn, there’s melancholy in the air. Thus, I’m taking his cue to keeping this opening night blog on the lighter side and asked about the doppelgängers of the cast. Do you have a doppelgänger, or does someone often mistake you for someone else? 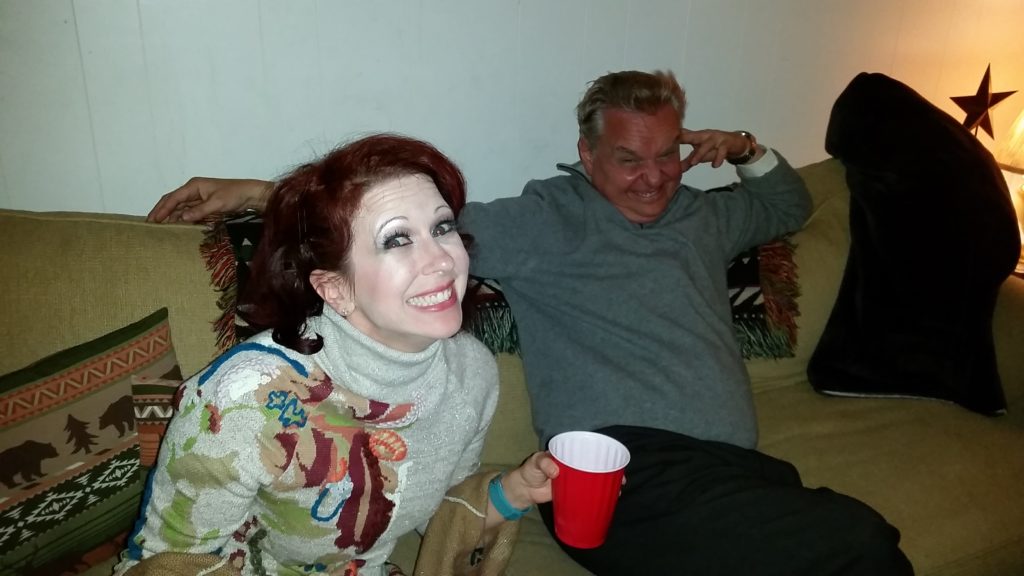 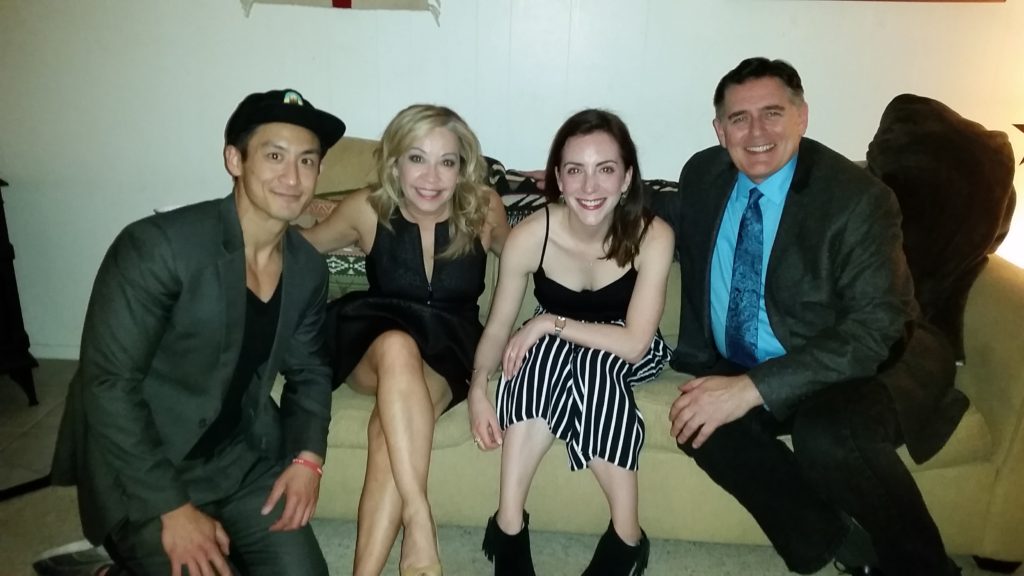 Luckily, each cast member had at least one doppelgänger. Any ideas on which person from the pair below has been mistaken for a cast member of A Comedy of Tenors at the Pioneer Theatre Company?

After I mentioned that I wasn’t sure what Mikhail Baryshnikov looked like to the group, I was instantly berated (alright, not berated—that may be too harsh—but teasingly scolded?) and told that I have to watch White Nights—one of the best movies ever made, per Kirsten. I want to make it clear that I do know who he is, but I don’t know I would’ve been able to pick him out of a line up.

“I don’t have a great story but I was doing a show and on our dressing room doors, everyone’s doors, our stage management team asked us to put up our doppelgängers,” Kirsten tells me. “The one person that people say I look like is Carrie Fisher.” As she said that, we all agreed—oh yeahhhhhh. Everyone was staring at her and comparing her face to Carrie Fisher. Although, I think she does resemble Leah Horowitz a little as well.

“I was just told tonight that there is a gun-rights activist here in Salt Lake City that I have a striking resemblance to. . .” Greg had no idea who this person was and neither did I. “It’s not a circle I travel in either,” he says. Luckily, Google is there to help in times of wonder. Clark Aphosian is the director of the Utah Shooting Sports Council and I do believe there is a hint of similarity? Although, Greg does get Chris Noth once in a while too.

“I have, like, many doppelgängers. I always get mistaken for that other Asian guy. I think the closest thing I have to a doppelgänger is my best friend. . .” Devin Ilaw is his BFF by the way. . . Do you see the resemblance? Well, Hansel’s family is blinded by the resemblance at times. He tells me, “We take photographs of ourselves sometimes together as a pair and even my mom gets mixed up as to who’s who.”

“I do have a doppelgänger! Her name is Cheri Oteri, from ‘Saturday Night Live.’ Not only do people, all the time, think I’m her, but I was doing a show at a time when she wasn’t really popular yet. She was new on ‘Saturday Night Live.’ I would come out the stage door in New York and people would go, “Oh my god, are you the cheerleader?” Jennifer was on Grease at the time, where there actually is a cheerleader character in the musical, so she responded, “I wasn’t the cheerleader, I was Cha-cha.”

“I didn’t understand the question,” she tells me. “It happened continuously and then I realized that they mean Cheri Oteri on SNL.”

“People tell me I look a little like Tina Fey, another SNL alum. But, no, there’s nothing interesting about it.” Unfortunately, I didn’t get a good mistaken identity story. However, Jessica did mention that Susan Branch Towne, the costume designer, gave her an uncanny caricature drawing as an opening night gift. These drawings of each character in costume were created by Susan when designing for the show. Pretty cool, eh?

Storm Lineberger (not pictured with the cast above)
Adrian Grenier vs. Zachary Quinto

“I’ve been told on a couple of occasions that people thought I was Zachary Quinto with the pro-magnum brow—very protruding brow—especially when I have shadow on my face.” Storm has been mistaken for Zachary Quinto so often that “in fact, Jess (Fontana) said it recently.”