Director’s Brief: The show must go on…

Home Blog Director’s Brief: The show must go on… 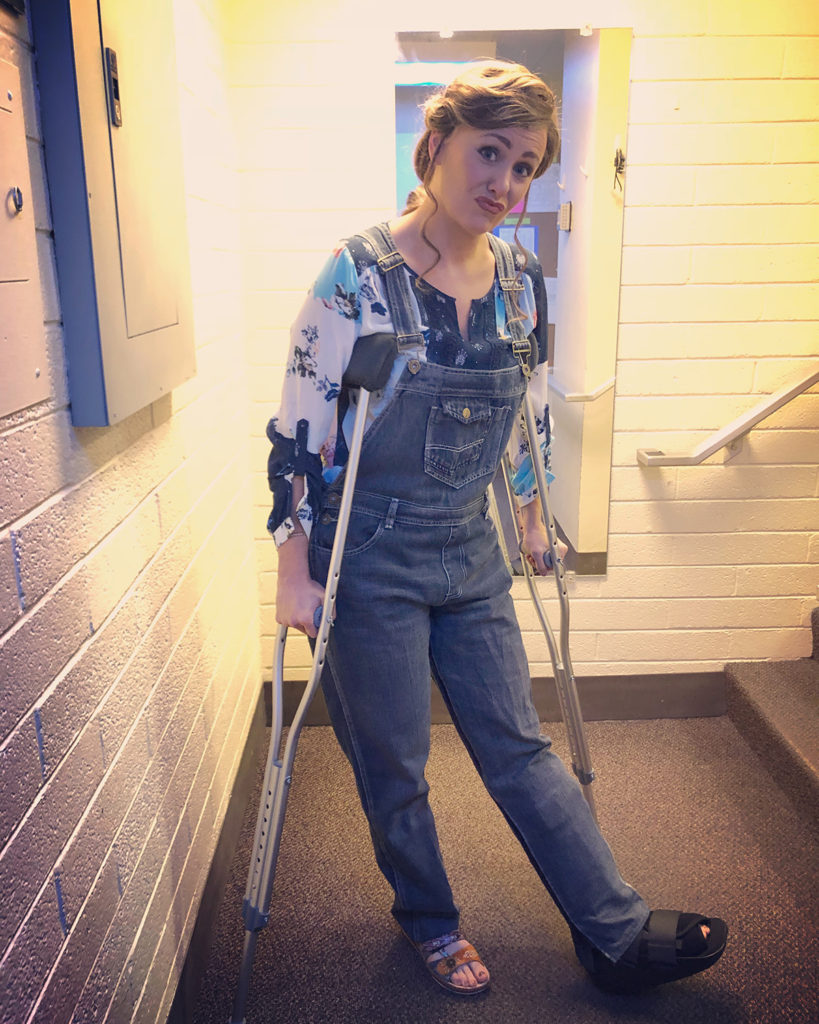 In the category of “The show must go on”…

During the first act of Mamma Mia! on Monday night, Coleen Sexton—who plays Donna—jumped a mere 18 inches off a piece of scenery and broke her foot.

It’s a scenario that theatre folk will remember and talk about for months, if not years, to come.

Stage Management was forced to stop the show while the situation was assessed. I was at home, enjoying my first dinner at home in more than a week, when my phone exploded.

Fast forward 10 minutes—and a few ignored red lights later—I was back at the theatre. It was an evening that exemplified the old adage “The show must go on.” Coleen was not about to disappoint that audience, and so the entire cast and crew rallied to help her make that the case.

Crutches were found. Strong young dancers were recruited to carry her. Blocking was adjusted. All in the space of minutes.

The show went on. And I believe the audience got what they paid for, along with bragging rights that they were a part of something special. It was a testament to the pure grit and determination of all performers that Coleen was able to sing through the pain of what would later be diagnosed as broken foot.

Some of you might ask, “Why was the understudy not put on?”

Well, the answer to that question has two parts. In this case, Coleen does not have an understudy. Our runs are only two and a half weeks long, and in the case of an extremely demanding principal role—like this one—we sometimes can’t find someone able to fill the requirements of the role who we can also cast in the ensemble. That was the case this time. However, even if we did have an understudy, we had just opened the show, and the first understudy rehearsal was scheduled for Tuesday. The day after Coleen’s accident. The understudy would have never rehearsed the role and would unlikely have been able to perform safely anyway.

On Tuesday, another version of the show was rehearsed that allows Coleen to perform the role on crutches. Some blocking was adjusted, but the show is intact. It was an extraordinary effort by Stage Management, the dance captain, and the cast, to make these adjustments and be ready to perform Tuesday night. I think, in some ways, this show has even more heart and soul in it now than it did on opening night. The dedication to “the show going on” is evident here at PTC in every show we do. But this time more than ever.