Pick Your Own Battle

My entire life, I have mostly lived in the dark. I shied away from the news, I tended to not read the papers, and I tried to distance myself from politics. But, every now and then, there comes a conflict, a battle, a headline that crosses my path and piques my interest.

Now, I was a little too young to have recalled the peace deal between Israel and the Palestine Liberation Organization but sitting in the middle of the conflict as it was mediated on stage made me want to learn more about the history, the people, and more about what the general public never sees. And, having sat in the dark for so long, I wanted to know what else I had missed out on… So, I asked the cast and crew of Oslo what conflict, battle, event they would have wanted to take part in or observe and learn more about… 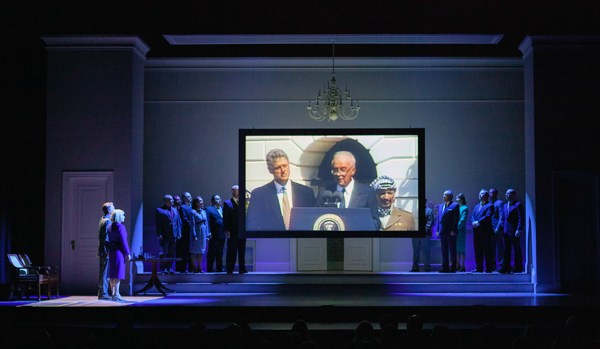 Tonya Harding and Nancy Kerrigan’s rivalry on the ice; the OJ Simpson trial; and the events after Prince Charles’ divorce leading to Diana’s fatal car crash – these were all events I could vividly recall watching on television. Yes, I am definitely a child of the 90s. And, I love the Olympics – have I mentioned this before in a previous blog (I wouldn’t be surprised if I did)?

I loved watching I, Tonya and reliving those days that I was glued to the set. But, how could I not have remembered Lavona’s shoulder bird? How did I not realize Shawn Eckhart wasn’t much of a bodyguard? Where was I during those moments when they aired on television?

Ian Bedford (Johan Jorgen Holst) was also mesmerized by these ice capades. “Tonya is the quintessential pull-yourself-up-by-your-bootstraps all-American hero,” he says. Oh, and also because he has “a huge crush on Nancy Kerrigan.” I suppose we were a little entranced for different reasons, eh?

As everyone racked their brains to think of where they wanted to be plopped into an argument, Kirsten, the marketing director at PTC, remarked, “Kanye and Taylor Swift.” YES! That is a good one. I would totally want to see behind-the-scenes of that epic-ness. Although, I can’t say the same for the example preceded by Patrick Kintz (Trond Gundersen). “NSYNC or Backstreet Boys,” Patrick asked us. “I mean, which is better? Who’s more talented?” Can you guess boy band he favored?

Aside from the few instances of pop culture history, the Oslo gang also threw out examples from personal history. Demosthenes Chrysan (Ahmed Qurie) spent “a lot of time as a child in Cypress.” In 1974, Demo experienced firsthand an exchange of population when the Turks invaded Cypress. Turkish Cypriots went north, whereas Greek Cypriots went south. “The idea of the right of return is very personal to me,” he explains. This started “one of the longest United Nations peace keeping courses in the history of the UN.” 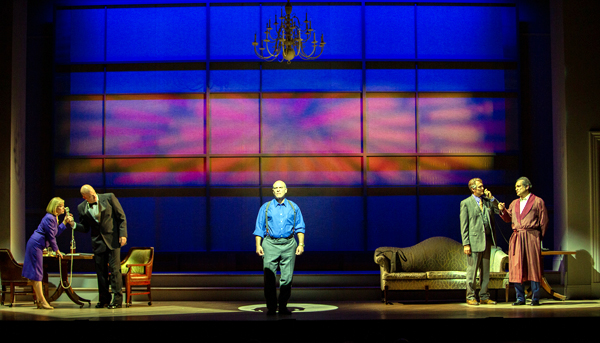 Joel Reuben Ganz (Yossi Beilin) wishes he could’ve been a part of the resistance during World War II. “My grandfather served and I feel like I missed something,” he tells me. In his eyes, it’s “the last significant conflict to happen where good and evil were so clearly delineated.” Not that everything needs a right and a wrong, but “I would’ve wanted to fight for [people and] their rights so I feel like I wish I could’ve been a part of that.”

Regional curiosity pulls costume designer Leon Wiebers towards Custer’s Last Stand. Being from South Dakota, Leon finds this part of the Great Sioux War of 1876 such a “fascinating moment in history” that he’d want part.

Another long-standing historic battle fuels rage for Ben Cherry (Uri Savir). “Honestly, dog owners are kind of jerks,” Ben emphasizes as he explains his want to explore the war between dog owners and cat owners. “Dog people really jack my hide when they tell me to love their dogs.” Not to mention, “Dog owners love to say, ‘I hate cats’.” If you couldn’t tell, Ben’s a cat owner and according to Ian, he has “like twenty” of them. 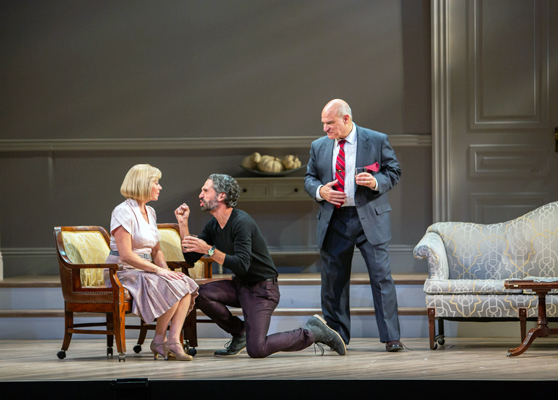 Although there weren’t any personal ties, Kate Middleton (Mona Juul) wished she had “been more of a part of the #MeToo movement.” Not to piggyback onto the movement, but “because I have things to say about it.” As she told this to the group, I ran numerous instances through my head that I would’ve handled differently. And similarly, I also wish I could’ve been more of a part of this movement…

John Terrell (Thor Bjornevog) prefaced his answer by saying, “I wouldn’t mind going back to Viking times and being a berserker – running around half naked in bear skins and getting hopped up into a rage.” To which his peers quickly reminded him, he always has the opportunity to do so. However, he digressed and surprised us by pulling out a name in history that not many of us recalled, William Jennings Bryan. “Specifically I would like to go back in time to help William Jennings Bryan become president,” he says. “He was the first presidential candidate who was defeated by big money or by standard oil… and I truly believe if he had become president, the country would’ve gone down a much different road.” Intrigue, right? I know what you’re going to do, but don’t worry, I’m ahead of it and here’s a link: William Jennings Bryan. And the triumphant president? Republican William McKinley.

A similar surprise… “I would have loved to have been at Café Voltaire when the beginning of the Dada movement happened,” Max Woertendyke (Jan Egeland) tells us. “I would have loved to seen the Gadji beri bimba piece,” Max says. The idea of “coming out of World War I, and seeing artists trying to make sense of the world that made zero sense to them anymore… dealing with it through a lot of nonsense and irreverence” appealed to him.

While you think of your own battle, conflict, or event (and share it with us in the comments), let me leave you with Max giving us a few words from Gadji beri bimba written by German poet Hugo Ball…

Oh yeah… Patrick is all for NSYNC, “Let’s just put it that way, Justin Timberlake… How talented is that man?”