Sweeney Todd fully falls into the spirit of Halloween. Walking into the theatre last Friday on opening night, I couldn’t remember, for the life of me, the plot of this play. I’m pretty sure I saw the movie with Johnny Depp and Helena Bonham Carter, but what was it about? A demon barber – that was all I knew. Are you a victim of the same forgotten story? Well, for those who don’t know or can’t remember, I’ll give you a tease.

After returning from banishment by a crooked judge, Benjamin Barker returns home seeking revenge under a new name. Sweeney Todd, Barker’s new persona, is a demon barber, a demon barber of Fleet Street. But, what alter egos does our cast have personally? 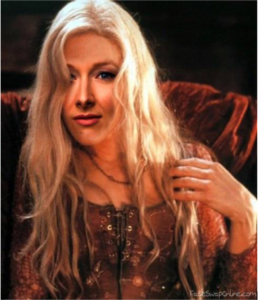 Blake Stadnik (Tobias): “I’d want to be some sort of superhero, like Spiderman, a nerdy kind of superhero that builds his own gadgets. [I’d have] the ability to control time. Dr. Rewind! He could be a professor by day, a professor of physics.”

Kevin Earley (Sweeney Todd): “I think I’d like to be a Pirates of a Caribbean character. That’d be really fun.” 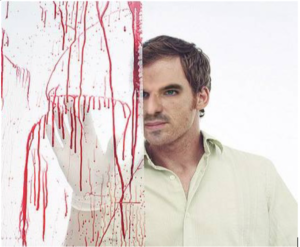 Joe Dellger (Judge Turpin): “Maybe something like the Grinch or the opposite, some[one] aspiring to be something higher…”

Anne Tolpegin (Mrs. Lovett): “I think my alter ego might be like an angel of mercy, an angel of mercy that would go around doing really good deeds for others. [I’d like to] go around secretly helping people when they couldn’t help themselves and turning their lives around… Mabel, the mercy-giver!” 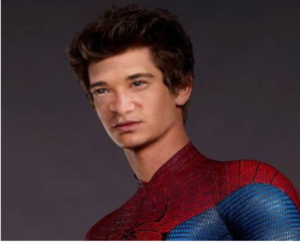 Megan Shenefelt (Ensemble): “I have been into vampires pretty much my whole life… some sort of vampire. Ever-lasting beauty isn’t a bad thing!”

James Donegan (Adolfo Pirelli/Jonas Fogg/Ensemble): “I’d like to think that I’m a pretty nice person so I think… Cecil Hendricks, the Demon Smartass of 54th Street! I guess?” 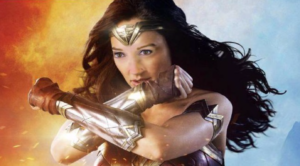 Michelle Blake (Ensemble): “I love an excuse to get dressed up – fancy dressed up. So I’m going to say Wonder Woman because who wouldn’t want to wear those bracelets? And that bustier? It’s a great outfit!”

Lenny Daniel (Dance Captain/Ensemble): “My alter ego is actually on stage. In real life, I’m a nice guy. On stage, I’m not. My character is in an insane asylum. He was thrown to the streets as an orphan, kicked by a horse, and his injuries got infected with fleas. So, he is always itching. It manifests itself into crazy things.”

Patrick Castle (Ensemble): “Bernard Grimwald. It’s a made up name that I just thought of on the spot. Bernard’s creepy; he’s like a little monkey. He thinks he’s actually a primate. He’s just a little primitive. His life goal is to truly find a beautiful primate to mate with and pick off the flies from their mane.”

Don’t miss out on the Halloween fun. Watch Sweeney Todd: the Demon Barber of Fleet Street at the Pioneer Theatre until November 10th, 2018. C’mon, get into the spirit!