Director’s Brief: What is a Concert Musical?

Home Blog Director’s Brief: What is a Concert Musical? 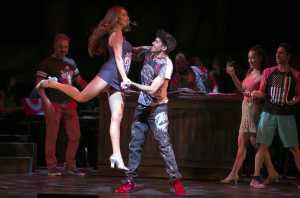 Last year’s “In the Heights – Concert Production” is featured here.

What is a concert musical?

I’ve come to expect—at the time of year when we’re producing our concert musical—that this question will arise.

Well, certainly we all know what a concert is. When one goes to a concert, at the Symphony or Red Butte Garden, or even Vivint Arena, you know what to expect. But your experience at each of those places is different, is it not? And so, it’s also different at a PTC concert musical.

The concerts are not full productions—they’re a different kind of theatrical experience.

What you will see:

What you will not see:

Our concerts are meant to whet your appetite for a show you might not be familiar with. Or remind you of an old chestnut you might have forgotten about. Or bring a back a favorite title you just can’t get enough of.

The concerts are live theatre at its most wonderful. Theatre that is flying by the seat of its pants. Running on adrenaline and talent and chutzpah. It’s rehearsal on steroids.

They are not meant to be perfect. They are meant to have a bit of the spontaneity that comes from the actors knowing what’s supposed to happen, but aren’t quite rehearsed enough to make it happen every time.

Does that help answer your question?