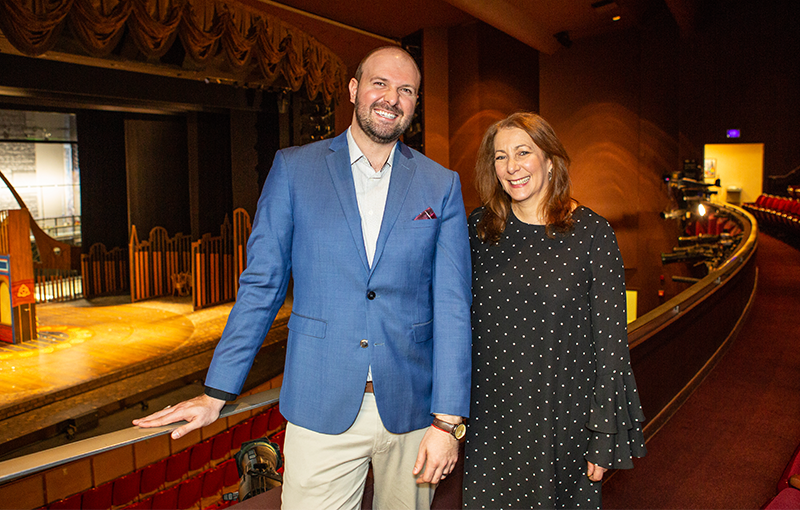 This just in! A huge congratulations to Chris Massimine, PTC’s Managing director on receiving the National Performing Arts Action Association 2019 Humanitarian of the Year! We’re very proud of Chris’s accomplishments and excited to bring those skills to Salt Lake City.

Editor’s note: PTC has become aware that the validity of this award is in question. We leave this here as a matter of public record and for transparency, but in so doing we do not claim the legitimacy of this event. We apologize for its publication.

Today the [National Performing Arts Action Association] NPAAA announced that CHRISTOPHER MASSIMINE is the recipient of the 2019 Humanitarian of the Year Award. The current managing director of Utah’s Pioneer Theatre Company and immediate past chief executive officer of New York’s National Yiddish Theater, Massimine was the co-founder of the arts activism organization the Immigrant Arts Coalition, held special advisory positions within the New York City and State administrations, where he helped to expand governmental cultural funding and distribution. His role as the executive producer of the Yiddish Fiddler on the Roof run with the National Yiddish Theater has notably contributed to socially impactful awareness campaigns to diffuse anti-semitism, gun violence, and xenophobia.

Through his work Massimine has partnered with organizations including BC/EFA, ART/NY, The Dramatists Guild, NYFA, and Robin Hood participating in relief fundraising, arts advocacy, diversity inclusion, and cultural accountability. His leadership in the national arts community was celebrated this past winter by the National Theatre Conference, which awarded the National Yiddish Theater the Outstanding Theatre Award, and recognized Massimine for extensive social advancement.

This summer Massimine was a speaker at the annual United Nations Civil Society Conference, where he represented the performing arts on its role in a sustainable future. His essay on his friendship with mentor Harold Prince, whom Massimine cites as the inspiration for his career, has been held in high regard by the theatrical industry and was published in TDF Stages earlier this Fall.

“Christopher Massimine was the clear choice,” said NPAAA Chair Dan Richards in a statement. “He is a very fine arts executive with a proven track record of putting society’s welfare at the forefront of discussion, creating far reaching and meaningful programs, and leading initiatives that have benefitted diverse communities. Christopher is one of the country’s youngest arts leaders and one of the most mature arts leaders I have seen at work. He understands our responsibility to the future as citizens of the world.”

A reception will be held in Washington, D.C. in early January.

NPAAA is a political action committee comprised of performing arts professionals and benefactors, with offices in New York, Chicago, Los Angeles, and Washington D.C. NPAAA lobbies for the arts and promotes excellence in humanitarianism and innovation as central to culture and society.