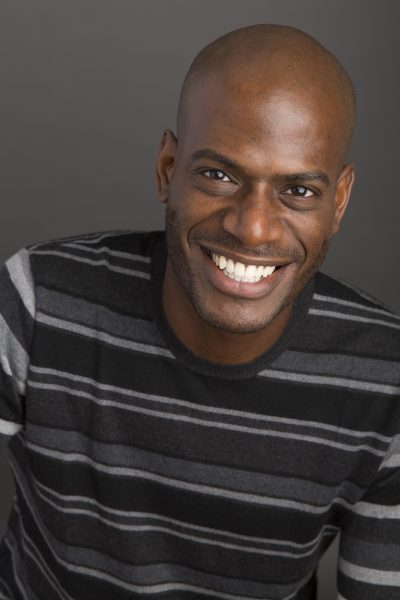 Pioneer Theatre Company (PTC), Utah’s premiere professional theatre, announces the appointment of Eric Jackson as the company’s Associate Artistic and Outreach Director. Jackson will create a new role focused on fostering artistic connections at PTC and with the community-at-large.

“I have known and worked with Eric for 15 years. Seeing his onstage work from PTC to Broadway—then his transformation into an exceptional community-focused arts leader—makes me so thrilled to announce his joining the PTC team. Salt Lake City is incredibly lucky to have him,” says Artistic Director Karen Azenberg. “Eric has already hit the ground running with several exciting initiatives to strengthen PTC’s bond with the community and to foster connection with the next generation of artists and arts enthusiasts. Exciting things to come!”

Jackson is relocating from Sonoma, California, where he was the Creative Programs Manager of the Sonoma Community Center. Prior to which, he helped launch the outdoor wine country theatre company: Transcendence Theatre Company. During his seven-year tenure at Transcendence he was integral in developing the Internship and Apprentice Program, participating in the Arts and Education Programs, leading community outreach events, casting and hiring, conceiving of original productions, and performing.

“Having first performed with Pioneer Theatre Company over 15 years ago, I have seen firsthand the respect that other New York and Broadway performers have for this theatre company. It usually begins with how they can’t believe their Broadway friends keep working for this one theatre in Utah, and then it ends with either they finally got the chance to come out and experience it for themselves or they simply can’t wait. It’s also the reason that I returned whenever possible to perform in five different shows with the company. So, when the opportunity came for me to return to PTC and Salt Lake City in this new capacity, it was an easy decision to make,” says Jackson. “I’m curious to know how many people here in Salt Lake City really understand what they have in their backyard. That’s why I’m looking forward to helping connect new audiences to this theatre that I call home.”

Eric was voted “Person to Watch (Male)” by BroadwayWorld San Francisco for his work with Transcendence. He also developed and became head of the theatre company’s Props Department and Wardrobe Department and was Costume Designer for their Fantastical Family Night (2017) and The Broadway Holiday Spectacular. Eric has also created and directed productions of Fantastical Family Night (’14, ’15, and ’16), the Gala Celebration (’14), the theatre company’s first two holiday show productions of Joy to the World (’15 and ’16) Fascinating Rhythm (’17), and their Ladies of Broadway (’18).

As a Musical Theatre Department graduate from the University of Michigan, Eric’s New York City performing credits include stage, television, and film. On Broadway he was seen in the production of Thoroughly Modern Millie and was also an original cast member of Mel Brook’s musical Young Frankenstein and in the original cast recording. He traveled nationally and internationally with touring companies of The Book of Mormon, Dreamgirls, Ragtime, Chicago, The Scottsboro Boys, and The Radio City Christmas Spectacular. Off- Broadway he was seen in Finian’s Rainbow at the Irish Repertory Theatre and can be heard on their cast recording. He made his Carnegie Hall debut with the concert version of Show Boat. Additionally, Eric has performed with Lincoln Center’s The Little Orchestra Society and its young theatre series Lollipops. He played regionally in theatre including here at Pioneer Theatre Company, Westchester Broadway Theatre, Paper Mill Playhouse, Main State Music Theatre, Weston Playhouse. Eric’s on-camera appearances include “As the World Turns,” “Sex and the City,” John Turturro’s film, Romance and Cigarettes, as well as numerous commercial spots.

Offstage, Eric was co-founder and instructor for The Theatre Mafia, which provided resources and classes to graduating performance students about the business of show. In addition, he taught workshops and masterclasses in New York City with the Broadway Student Lab, Broadway Artists Alliance, and the Broadway Classroom. Eric has been a guest instructor at the University of Alabama, Birmingham and Siena Heights University. While in New York City, Eric co-developed Finian’s Rainbow, Jr. and was director for the staged reading of the new musical A Whole Lot of Teeth. His other directing credits include Bye Bye Birdie at the Ann Arbor Civic Theatre as well as Sweet Charity and Eleemosynary at The University of Michigan, and High School Musical at the JCC.