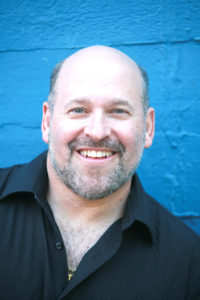 Why The Count of Monte of Cristo? What is your personal “in” to this story?

“I love the book. I read it when I was a student at USC and it is a title I have been thinking of for many years. You know the 2002 movie with James Caviezel, the last version. When I saw that it retriggered how much I loved the story and how the characters fit my requisites to do a musical, which means bigger than life characters and bigger than life situations and Monte Cristo certainly has that. So Jack Murphy and I got to work.”

Where did the work start for you? What part of the story did you first hear as live theatre?

“You know what I do a lot when I do big titles like Monte Cristo, Carmen, Jekyll, Pimpernel or Dracula. I know this sounds crazy but I watch the movie versions and I shut off the sound and I play the piano to the movie as if it was a silent movie. I will do that many times and record what I have written. Sometimes 70-80% of the melodic score comes from that exercise.”

There are so many big emotions and themes in Monte Cristo: hate, revenge, love, forgiveness and mercy. Do you tackle any of those in a pure or singular way?

“It’s the arc of the character. Lets take Edmund Dantes/The Count of Monte Cristo. Not unlike Jekyll and Hyde, The Scarlet Pimpernel and some of my other things, the arc of these characters involve almost a duel life for the character. And Monte Cristo is one of the best iconic versions of that because Edmund Dantes becomes the Count of Monte Cristo but he’s never not Edmund Dantes. In fact, the humanity, heart and soul of Edmund Dantes, no matter how bitter and full of revenge the Count gets, never leaves him. It’s Mercedes love that brings that back out and gives him redemption. Going through that arc is a musical thing.”

*Listen to the full interview on pioneertheatre.org/2015-2016-season/montecristo