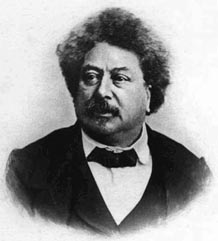 The Count of Monte Cristo was published in 1844 by French author Alexandre Dumas. Monte Cristo is largely considered his greatest and most popular work along with The Three Musketeers. There have been numerous adaptations in the form of novels, comics, films, and stage plays ever since the original story was first published.

Dumas himself adapted his own story into plays and the first he opened in his very own theatre, the Theatre Historique in 1848. It had a very unsuccessful run because the original production required the performance to be spread over two nights because of its length. The London performances even evoked rioting due to its length.

The first abridged English versions of Monte Cristo were serialized in 1845. Through the next century abridgments and revisions produced many versions and editions of Dumas’ story. In 1996, Penguin Classics published a new translation with updated language for modern readers and restoring content that was modified because of Victorian English social restrictions.

The first English play adaptations were published in 1868. Several versions change major plot points in the original story such as Fernand Mondego being killed in a duel with the Count rather than committing suicide. In our production Albert is actually the son of Dantes which diverges from the original story. Some omit the character Haydee entirely and end with Dantes and Mercedes reunited. The 2002 film under the same title starring Jim Caviezel, Guy Pearce and Richard Harris uses all of the aforementioned edits and this particular play closely follows the film. The story is so popular that there have been at least nine different stage adaptations since 2000 alone including this Frank Wildhorn version.