Ms. Azenberg will succeed Charles Morey, who will step down as PTC’s Artistic Director after twenty-eight years, on June 30, 2012.

Azenberg is a New York-based freelance director and choreographer who currently serves as the Executive Board President of the Stage Directors and Choreographers Society (SDC). She has directed and/or choreographed a number of shows at PTC, including most recently “Next to Normal,” “Rent,” “Miss Saigon,” and the musical staging for “Les Miserables.” She is well-known in national theatre circles through her leadership of SDC, the national union for professional directors and choreographers, and as a Board member of the New York Musical Theatre Festival, a preeminent launching pad for new musicals. She is also a voter for the Tony Awards, and has directed over 60 musicals and plays at theatres across the country.

PTC Board Chairman Paul M. Durham praised the selection of Azenberg and the work of the Search Committee which forwarded her name to the Board. “We were fortunate that Chuck Morey gave us eighteen months to find a suitable successor for him,” Durham said. “The Search Committee, under the leadership of Pete Meldrum, and with the assistance of a national search firm, Management Consultants for the Arts, reviewed over eighty applications from all over the country. After interviewing a number of highly qualified candidates, the Search Committee unanimously recommended to the Board of Trustees that Karen was the best candidate to lead the theatre. I am impressed with Karen as a director and a person. She has a wonderful vision for the theatre. I couldn’t be more delighted that she has accepted the position as the theatre’s Artistic Director.”

The Search Committee made its recommendation to University Associate Vice President for the Arts Raymond Tymas-Jones, who met with Azenberg during the interview process and approved her selection. “Pioneer Theatre Company is a vital artistic asset not only to the University of Utah but for the entire state of Utah, and the position of Artistic Director is a critical one in protecting and advancing the value of that asset. Karen’s background, skills, experience and national contacts make her uniquely qualified to lead PTC in the coming years.”

Speaking of her appointment, Azenberg said, “Every time I come to PTC to direct or choreograph a show, I have been so impressed with the way the theatre is run—the way it treats its artists, the resources it puts on the stage, and the extraordinary quality of the staff. As a guest artist, in over twenty years of free-lance directing, I’ve never been treated better or been more proud of the work I put on stage than when I’ve worked here. And over five extended stays, I’ve come to enjoy Salt Lake City and Utah. I’m a born-and-raised New York girl, but my family and I are truly excited about becoming westerners and Utahns. It’s a little daunting to follow Chuck and all that he’s achieved in a remarkable twenty-eight year career. I’ll always be grateful that I’ve had the benefit of observing his leadership of the theatre before accepting that responsibility from him. I look forward to my new role as Artistic Director of Pioneer Theatre Company, one of the great regional theatres in the United States.”

The national theatre community was effusive in its praise of the selection of  Azenberg.

SDC Executive Director Laura Penn said, “Karen has a deep love of theatre and an exceptional knowledge of what it takes to create it. When you combine her respect for producers, administrators and audiences with her passion for artists and creative collaborators you have what you need in a great Artistic Director. PTC clearly made a great choice. Her leadership at SDC has taken us to a new level and I know she will do the same for PTC and the community of Salt Lake City and beyond. ”

Producer Jeffrey Seller (“Rent,” “Avenue Q,” “Into the Heights”), reached by phone, said, “Karen Azenberg has Broadway in her blood. Through her friendships and collaborations, with artists like Jonathan Larson for whom she directed one of his earliest compositions, Karen has made herself a beloved member of the theatre community. PTC is lucky to have Karen Azenberg.”

PTC’s outgoing Artistic Director Charles Morey also praised the selection. “After running this theatre for twenty-eight years, I naturally had a strong interest in who was going to succeed me, and am pleased that the Search Committee selected Karen. I have complete confidence in her abilities as a director and choreographer, in her artistic integrity and her understanding of PTC as an institution. Moreover, I have always thoroughly enjoyed working with her. She’s a consummate professional, and will be an absolutely wonderful Artistic Director.”

Prior to her career as a freelance director/choreographer, Azenberg served as a stage manager or management assistant on a number of Broadway shows, including the original Broadway productions of Neil Simon’s Broadway Bound, Tom Stoppard’s The Real Thing, and Stephen Sondheim’s Sunday in the Park with George. She received a BFA from NYU in Dance and Choreography. She is married to Augie Mericola, a veteran stage hand on numerous Broadway and national touring shows who is currently working in the production props department on the Broadway production of Wicked. They have two children, a son Alexander, age 14 and daughter Emelia, age 11. Azenberg is the daughter of long-time Broadway producer Emanuel Azenberg.

Although Azenberg doesn’t assume the Artistic Directorship of PTC until July 1, she will be working with the theatre between now and then on the theatre’s 2012-13 season.

Pioneer Theatre Company, a theatre in residence at the University of Utah, operates under an agreement between the League of Resident Theatres (LORT) and Actors’ Equity Association, the Union of professional actors and stage managers in the United States. Pioneer Theatre Company, Utah’s only fully professional theatre, performs at Roy W. and Elizabeth E. Simmons Pioneer Memorial Theatre, located on the University of Utah campus at 300 South and 1400 East in Salt Lake City, easily accessible by TRAX light rail. Free parking is also available and the theatre is equipped with an elevator, handicap parking, hearing assistance devices and other easy-access features.
### 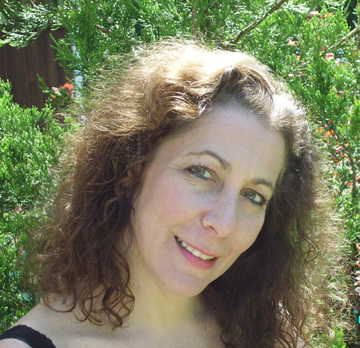 Photos and video available on request.