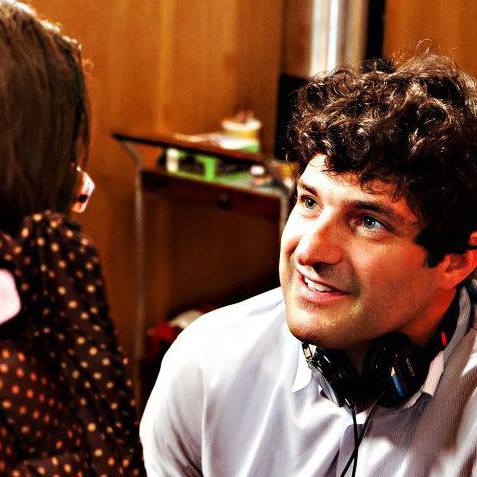 While standing outside a jumpy house in LA’s Griffith Park at a pre-schoolers birthday party, a fellow in an Army tee-shirt stood monitoring two airborne boys as I stood guard over my own four-year-old fairy twins. Trying to be as polite as I could, I screamed, “Watch out! …Sorry…you said you write PLAYS?” “We’ll I’ve written two, but nobody will read them. I mostly do TV.”  “Could I read them?” I asked.  “Sure” he said. “I’m TJ.” And with that, I received my first authentic Army Handshake.

He sent me two military themed plays, both very provocative and both very emotional. They contained characters that leapt off the page and who I instantly felt bonded to.  They spoke like real people. They had dreams and problems that I understood. They had wonderfully important things to say, about the military, about academia and about mentorship and marriage, love and sacrifice. I was hooked. I immediately sent one of them to Karen Azenberg, Pioneer’s Artistic Director and asked her to take a look and and assure me that I wasn’t crazy. She called within the week, was just as enthusiastic and in love as I was. The rest, as they say, is History.

I don’t think this is quite how Kazan and Odets met, or Lapine and Sondhiem, or even Lord Chamberlain and Shakespeare (although I would have LOVED to see THAT jumpy castle!)  But that chaotic yet auspicious introduction began a wonderful friendship and collaboration whose debut you are about to witness and hopefully will continue for a long time, or at least until I have to pay him a dowery.