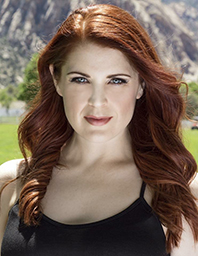 GINGER BESS* (Svetlana/Ensemble) just spent a year performing in Las Vegas and is happy to be back at Pioneer Theatre Company. She was most recently seen on this stage in It Happened One Christmas and as Magenta in The Rocky Horror Show. Other PTC shows include Fiddler on The Roof, Les Misérables, A Christmas Carol, Rent and Sunset Boulevard. Sh also received national recognition as the mezzo-soprano soloist in Bernstein’s Mass with Utah Symphony. Favorite productions include: Roxie Hart (Chicago), Lucy (Jekyll and Hyde), Mary Magdalene (Jesus Christ Superstar), Mrs. Walker (Tommy), Susan (Tick Tick Boom), Betty Haynes (White Christmas), Yonah (Children of Eden), Aldonza (Man of La Mancha) and Sally Bowles (Cabaret). Bess has been a voice teacher at Weber State University and she has a vintage jazz band she tours the country with. Love to Daniel and the boys! gingerbessmusic.com 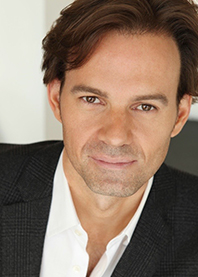 MICHAEL HALLING* (Anatoly) is truly grateful to be back at PTC where he was last seen as Enjolras in Les Misérables. TV: “The Americans” and “Believe.” Broadway: The Boy From Oz, The Pajama Game, A Tale of Two Cities, In My Life and The Scarlet Pimpernel. Off-Broadway and New York credits: Giant (The Public); El Gallo in The Fantasticks, Mark Livingstone in The Streets of New York and Sean Enright in Donnybrook!, both at Irish Rep and Bells Are Ringing at City Center Encores. National Tours: Les Misérables (Enjolras), The Full Monty. City Center Encores: Bells are Ringing. Select regional credits include: Robert Kincaid in the regional premiere of The Bridges of Madison County at Arkansas Repertory, Mr. Darcy in Pride and Prejudice at Bristol Riverside Theatre, George Marvin Brush in Lee Blessing’s adaptation of Heaven’s My Destination at The Cleveland Play House and John Jasper in The Mystery of Edwin Drood at The Repertory Theater of St. Louis; Directly following Chess, Halling will travel to The Denver Center to play Neville Craven in The Secret Garden. www.michaelhalling.com 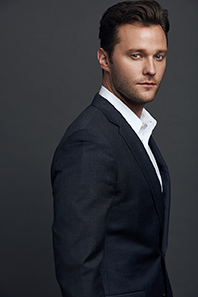 MATTHEW HYDZIK* (Freddie) was most recently seen as Josh Barton in the National Tour of If/Then. Broadway credits include Buddy in Side Show, Greg in It Shoulda Been You, Tony in West Side Story and Kenickie in Grease. Off-Broadway: John in Tomorrow Morning. National Tours: Rent, Fame, Grease and Flashdance. Favorite regional works include shows and concerts at The Lyric Opera of Chicago, MUNY, Fulton Opera House and Penn State Centre Stage. Follow him on twitter/instagram: matthew_hydzik. 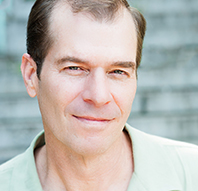 DAVID MCDONALD* (Molokov) has been a proud AEA member for over 35 years. Thrilled to be debuting at Pioneer Theatre Company, he was a musical theatre major at the University of Cincinnati (CCM). His Broadway credits include Les Misérables, Side Show, Mamma Mia, Bye Bye Birdie, Memphis and Doctor Zhivago. His favorite regional credits include Don Quixote in Man of La Mancha and, recently, Judge Turpin in Sweeney Todd. He has also performed off-Broadway and in “All My Children” on ABC. Love to my family, my Progressive God, Meghan and Alyssa (my brilliant daughters) and, of course, Pilar, my wife. 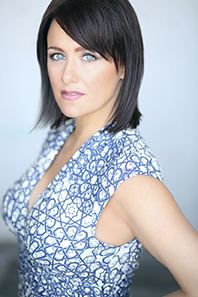 COLEEN SEXTON* (Florence) is thrilled to be playing Florence in Pioneer Theatre Company’s concert of Chess! Her debut into the Broadway world came at 19 when she played Lucy in Broadway’s Jekyll and Hyde, in which she was filmed opposite David Hasselhoff. She was last seen off-Broadway in Forever Dusty playing Dusty Springfield. National Touring credits include Elphaba in Wicked, Brooke Wyndham in Legally Blonde, and various roles in Chicago as well. Other favorite roles: Donna in Mamma Mia!, Lady of the Lake in Spamalot, Mona in Dames at Sea, Narrator in Joseph and the Technicolor Dreamcoat and Mary Magdalene in Jesus Christ Superstar. TV credits include: “Law and Order,” “Third Watch,” “As the World Turns” and “Guiding Light.” Much love and thanks to Lisa Price and the whole Price Group team! 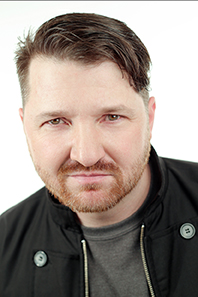 DANIEL T. SIMONS* (Ensemble) is excited to be onstage again at PTC after spending the last few years away working as an automation technician with Cirque du Soleil. This life’s journey has presented him with an eclectic array of opportunities. Included in the onstage part of his career are roles here at PTC in The Rocky Horror Show, Les Misérables, Rent, Sunset Boulevard, 42nd Street, Miss Saigon and many others. Other favorite roles include Judas in Jesus Christ Superstar, Dr. Jekyll and Mr. Hyde in Jekyll & Hyde, Jon in Jonathan Larson’s Tick, Tick…Boom! and others. While earning his B.A. in musical theatre from WSU, Simons was honored to perform as JFK, Cain and a variety of other characters with the outstanding ensemble cast of the Kennedy Center ACTF production of The Serpent in Washington, D.C. Other roles: Cain (Children of Eden), Billy Bigelow (Carousel), Franz (Sunday in the Park with George), Ernst (Cabaret) and others. Thanks to his beautiful wife Ginger and two boys, Axel and Jude, for their continued love and support. 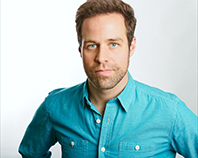 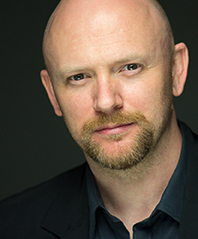 MATTHEW STOCKE* (The Arbiter) was most recently seen on Broadway in the Premiere of Sting’s The Last Ship. Prior Broadway: Rock of Ages, the original company of The Wedding Singer, the original cast of The Boy From Oz with Hugh Jackman, the original cast of The Full Monty and Titanic. LA: the original Los Angeles company of Wicked. NY Public Theater: original companies of Stephen Sondheim’s Road Show and Michael John LaChiusa’s Giant; The Delacorte Theater’s Gala production of Pirates of Penzance with Kevin Kline and Glenn Close. T.V. : “Person of Interest,” “The Americans,” “30 Rock,” “Law & Order,” “All My Children,” “SVU” and “Chappelle’s Show.” Graduate of Carnegie-Mellon, proud member of Actors’ Equity since 1995 and an even prouder son to his mother, Linda. In memory of fellow Tartan and dear friend, Michael McEachran. 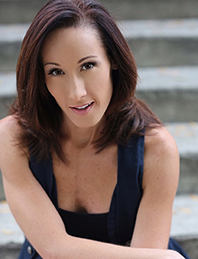 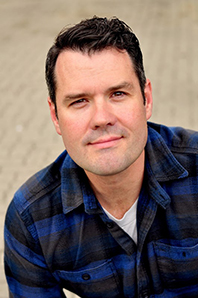 CHRISTOPHER HIGBEE (Walter/Ensemble) is an actor, writer, director and musician. He is known to Utah audiences for recently playing Jean Valjean in Les Misérables, Archibald Craven in The Secret Garden and Tateh in Ragtime at the Hale Center Theaters in Orem and West Valley. In New York City, Higbee has performed at Carnegie Hall and Lincoln Center, and he is currently a producer of the Broadway-bound Anastasia, The Musical. He wrote the book for the musical Troy, which he produced and directed in New York. Regional theatre credits include: Robert Pearce in the world premiere of The Trail of Dreams, George Seurat in Sunday in the Park with George and Jack in Into the Woods, among others. He is a graduate of the Music Dance Theatre Program at Brigham Young University. 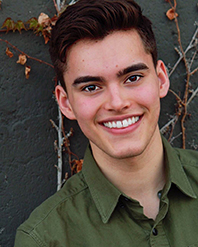 SKY KAWAI (Ensemble) is a pre-med student in the University of Utah Honors College while earning his B.F.A. in Musical Theatre. He’s stoked to make his PTC debut in Chess! Previous roles include Boland in Dogfight (Babcock), Worm in Diary of a Worm, a Spider, and a Fly (SLAC), Beast in Beauty and the Beast (Covey Center)and Chad in High School Musical 2 (Hale Center Theatre Orem). 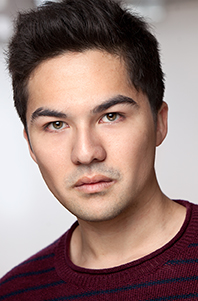 TOREN NAKAMURA (Ensemble) is a graduate of Pace University’s B.F.A musical theatre program. He has helped develop several new musicals including Marco Polo at Prospect Theater Company, K-POP at Ars Nova, Great Wall, Tiananmen, Head Over Heels and more. Other New York credits include The Mysteries at The Flea and Sweeney Todd with the New York Philharmonic at Lincoln Center. 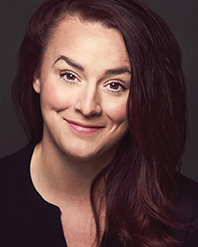 MEGAN SHENEFELT (Ensemble) is a graduate of the Musical Theatre Program at the University of Utah and is thrilled to finally be upstairs at PTC. Favorite credits include St. Jimmy in American Idiot, Lucy T. Slut in Avenue Q, Pirelli in Sweeney Todd and Jesus Christ in Godspell. 2nd Place Winner of Classical Singers International Singers Competition in Boston. Sends love to her family. 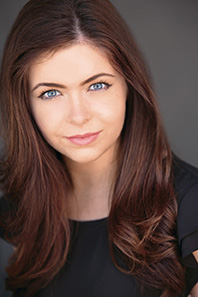 ELLIE SMITH (Ensemble) is thrilled to be making her PTC debut. Her favorite credits include Eponine in Les Misérables at Artemus W. Ham Concert Hall, Gretchen Wagner in the Broadway workshop of In The Light, two seasons at Tuacahn Amphitheater in St. George and Cathy Hiatt in The Last Five Years. Ellie is a junior in the Music Dance Theater Program at BYU and a former Miss Nevada. 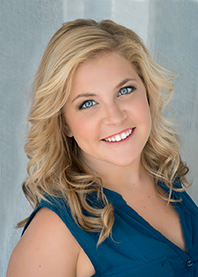 AMANDA WRIGHT (Ensemble) is thrilled to be making her PTC debut! She is currently a junior in the Musical Theatre Program at the University of Utah. Utah credits include: Hello, Dolly! (U of U); Saturday’s Voyeur 2016 (SLAC); and A Fairly Potter Christmas Carol (Ziegfeld Theater). She would like to thank her friends here at the U for constantly inspiring her.