ALAN MENKEN (Music) Alan Menken’s music and lyrics have become an integral part of the fabric of our lives since his first works were produced nearly 40 years ago. His stage musicals include God Bless You Mr. Rosewater, Atina: Evil Queen of the Galaxy, Real Life Funnies, Little Shop of Horrors, Kicks, The Dream on Royal Street, Beauty and The Beast, A Christmas Carol, Weird Romance, King David, The Little Mermaid, Sister Act, Leap of Faith, Newsies, Aladdin, The Hunchback of Notre Dame and The Apprenticeship of Duddy Kravitz. Song and score credits for film musicals include The Little Mermaid, Beauty and The Beast, Newsies, Aladdin, Pocahontas, The Hunchback of Notre Dame, Hercules, The Shaggy Dog, Home on the Range, Enchanted, Tangled and Mirror Mirror. Individual songs for film include Rocky V – “The Measure of a Man”, Home Alone 2: Lost in New York – “My Christmas Tree”, Life With Mikey – “Cold Enough to Snow”, Noel – “Winter Light” and Captain America: First Avenger – “Star Spangled Man.” Television credits include writing songs for “Sesame Street,” the ABC mini-series “Lincoln,” a musical episode of “The Neighbors” and the ABC series “Galavant.” His chart topping songs have included “Beauty and the Beast,” “A Whole New World,” “Colors of the Wind” and “Go the Distance.” Winner of the 2012 Tony and Drama Desk awards for his score for Newsies, he has won more Academy Awards than any other living individual, including eight Oscars® with 4 for Best Score and 4 for Best Song; 11 Grammy® Awards (including Song of the Year for “A Whole New World”); 7 Golden Globes; London’s Evening Standard Award; the Olivier Award; the Outer Critics Circle Award and the Drama Desk Award. Other notable achievements include induction into the Songwriters Hall of Fame, Billboard’s number one single (“A Whole New World”) and number one album (Pocahontas). In 2001 he received the distinction of being named a Disney Legend. Awarded two doctorates in Fine Arts from New York University and the North Carolina School of the Arts. In 2010 he received a star on the Hollywood Walk of Fame. His upcoming works include a stage production of A Bronx Tale, a City Center’s Encores series production of God Bless You Mr. Rosewater, a live-action film adaptation of Beauty and the Beast, a Sony animated movie titled Sausage Party, an as-yet-untitled film musical project at Universal Pictures.

JACK FELDMAN (Lyrics) has written music and lyrics for theater, film, television and pop records. His vast number of works include the lyrics for Disney’s Newsies (music by Alan Menken). Thumbelina, Oliver and Company, Tribute, Home Alone 2: Lost in New York and The Lion King II: Simba’s Pride. He has written dozens of pop songs, including the Grammy award-winning “Copacabana” and the top 10 hit, “I Made It Through the Rain.” For the theater, he wrote the score for Ted Tally’s Coming Attractions, Wendy Wasserman’s Isn’t It Romantic and the score for the musical, Miami, which he wrote with Mr. Sussman and Ms. Wasserstein.

HARVEY FIERSTEIN (Book) is the author of the current smash hit Newsies as well as Torch Song Trilogy (Tony and Drama Desk and OBIE Awards), La Cage aux Folles (Tony and Drama Desk Awards), The Sissy Duckling (Humanitas Award), A Catered Affair (12 Drama Desk nominations), Safe Sex (Ace Award), Legs Diamond, Spookhouse, Flatbush Tosca, Common Ground and more. His political editorials have been published in The New York Times, TV Guide and The Huffington Post, and broadcast on PBS’s “In the Life.” His children’s book, The Sissy Duckling, is now in its fifth printing. As an actor Mr. Fierstein is known worldwide for his performances in films like Mrs. Doubtfire and Independence Day, and on stage in Hairspray (Tony Award), Fiddler On The Roof, La Cage aux Folles, Torch Song Trilogy (Tony Award) and television shows such as “How I Met Your Mother,” “American Family,” “Cheers” (Emmy nomination), “The Simpsons” and “Nurse Jackie.”

KAREN AZENBERG (Director/Choreographer) This marks Karen Azenberg’s sixth season as Artistic Director at PTC, beginning with The Curious Incident of the Dog in the Night-Time in September. Originally from New York, her work there includes Lyrics and Lyricists (92nd St. Y), Blocks (a collaboration with Jonathan Larson), Prom Queens Unchained and choreography for Richard Greenberg’s The Dazzle (Roundabout Theatre Co.). Among her other credits are National Tours of Carousel and Brigadoon, West Side Story (over 15 productions), and productions at Indiana Rep., Geva Theatre Center, Alabama Shakespeare Festival, Goodspeed, and most recently Mary Poppins at the Utah Shakespeare Festival. Karen is on the Board of the New York Musical Theatre Festival and a past president of the Stage Directors and Choreographers Society (SDC). Her favorite productions are her son Alexander and her daughter Emelia.

GEORGE MAXWELL (Set Designer) has been the resident scenic designer at Pioneer Theatre Company for over 25 years and has had the distinct pleasure of designing over 100 productions for the company. Recently he designed The Will Rogers Follies for PTC and his sixth production of Noises Off, this time for San Francisco Playhouse. A few of his favorite PTC designs include Next to Normal, Rent, White Christmas, A Christmas Story, Chicago, Metamorphoses, Enchanted April, West Side Story, Proof, Peter Pan, Noises Off, Man of La Mancha, Ain’t Misbehavin’, Miss Saigon, Fiddler on the Roof and A Christmas Carol: The Musical. He was tapped by the Utah Opera Company to design The Coronation of Poppea and The Ballad of Baby Doe. Maxwell has also designed for the Alabama Shakespeare Festival and for the Utah Shakespeare Festival. He is a member of United Scenic Artists. To see more of his work visit, gmaxwell.weebly.com

DAVID KAY MICKELSEN (Costume Designer) returns to PTC to design for Newsies. He has designed 12 productions at PTC in the past 21 years. Other theatres Mickselsen has designed for include the Guthrie, Berkeley Rep., the Geffen, Northlight, Denver Center Theatre Company, Cincinnati Playhouse in the Park, Children’s Theatre Company of Minneapolis, Ford’s Theatre in Washington, D.C., Cleveland Playhouse, the Williamstown and Sundance Theatre Festivals, the Tennessee, St. Louis, San Diego and New Mexico Repertory Theatres, the Arizona and Geva Theatre Companies and the Oregon, Colorado, Utah and Illinois Shakespeare Festivals. He is the creative director of the Theatre Costume Design Program at the Fashion Institute of Design and Merchandising (FIDM), and is the Vice Chairman of the Western Region of United Scenic Artists Union 829. Originally from Canby, Oregon, he now makes his home in Long Beach, California.

KATE WECKER (Sound Designer) This is Wecker’s debut season as the new resident sound designer for PTC. She is excited to be returning to the Utah theatre community after several years as the audio supervisor on the national tour of Menopause: the Musical. Wecker has previously designed for Fox Valley Repertory, Shenandoah Summer Music Theatre and the Neil Simon Festival.

AMANDA FRENCH (Hair and Makeup) has been a makeup and hair designer for over 25 years. She has worked for Montana Shakespeare in the Parks, the Utah Shakespeare Festival, Utah Opera, Egyptian Theatre Company and the University of Texas at Austin. She is a contributing writer in the tenth edition of Stage Makeup by Corson, Glavan and Norcross, and her work can also be seen in The Costume Technician’s Handbook by Ingham and Covey, and Wig Making and Styling: A Complete Guide for Theatre and Film by Ruskai and Lowery. She attended the College-Conservatory of Music at the University of Cincinnati where she studied with Hair and Makeup Designer Lenna Kaleva. She is a member of the United States Institute for Theatre Technology (USITT) and a current University of Utah adjunct professor of wigs and makeup.

NATALIE MALOTKE (Assistant Director and Choreographer) is thrilled to be back with the PTC family after Oliver!, Fiddler on the Roof and Sweet Charity. Recently, she worked on Charlie and the Chocolate Factory as the SDCF choreography assistant to Joshua Bergasse. Favorite credits include: Little Dancer NYC Workshop with Susan Stroman, Really Rosie at City Center with Leigh Silverman, A Christmas Story at Paper Mill Playhouse with Mara Greer, Smoke on the Mountain (Director) at Jenny Wiley Theatre, and Daniel Tiger’s Neighborhood National Tour. TV/Industrial: PBS “A Capitol Fourth” assistant choreographer, Target and Nickelodeon. Malotke teaches at Broadway Dance Center and holds a degree from the University of Michigan. Every gratitude to Chris, Lenny, Mary and mostly Karen. www.nataliemalotke.com 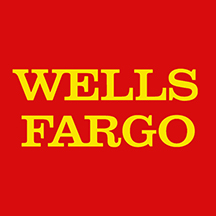